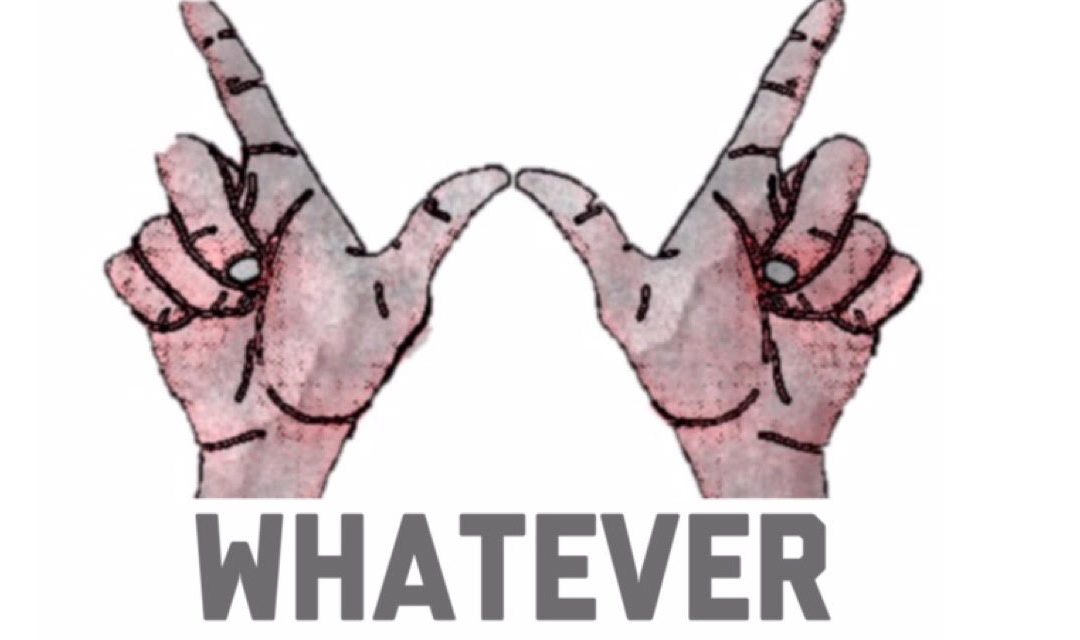 Alexis de Tocqueville, the 19th century French observer of American society, said, “There are many men of principle in both parties in America, but there is no party of principle”

It is possible that your gut feeling about the increasing lack of principle in today’s politicians may be partly a mere perception – it may be that they follow different principles than yours!

There has been a colossal values-shift among politicians and in society over the past couple of generations. The result has been the rise of what I call a “Whatever-culture”, which has three characteristics:

First, the idea that there is nothing which is, in its essence, right or wrong, typified by the widespread propagandising of the slogan “everything is relative” (when it should be quite clear to anyone with the slightest bit of sense that everything is not relative – for instance neither a kilometre, nor an acre, nor a pint, nor a litre is “relative”).

The second is that the future does not matter – with all the consequences of such an attitude not only for individual and family wellbeing in the long term, but also for national and global survival – given the environmental challenges that we all now face.

The third is the sort of Buddhist attitude that the present is what it is and can be, to you, whatever you want it to be.

People of my generation sometimes refer to this “Whatever culture” as “apathy”, but it is rather a plague that would be called, in classical terms, the sin of “sloth”, or neglecting what God has said, and being physically, emotionally and volitionally inactive.

Whether you consider it a plague of sloth or mere apathy, the practical result, at the level of governance, was the injection of high-growth hormones into the economy.

By the 1980s our monetarist friends could stimulate demand by artificial means – but these sorts of mechanisms created the long term challenges for the economy from which we have suffered in the last few years.

From the 1990s, demand picked up worldwide as the result of the collapse of the Berlin Wall and the opening of Russia, China and India making the whole world capitalist, with two and a half billion consumers and producers being added to the global economy, so we would have had historically unprecedented growth anyway, but various ways were invented of boosting that growth even further.

Many of these ways were unsound and dangerous. Any economy designed as ours is at present goes through booms and busts, and the greater the growth, the greater the booms and busts – so with these new mechanisms, the bust when it came was going to be one of the biggest yet – and that is what happened starting in 2007.

WHAT CAN BE DONE?

Governance has become more and more unethical since the 1980s because of increasing abandonment of Truth and spirituality. Conversely, it is Truth and spirituality that lead to morality and responsibility. So the route to cultural, social, economic and political recovery undoubtedly lie in re-commitment to Truth, morality, and responsibility by each of us. If you and I do not turn to Truth, morality and responsibility, then our communities, nations and global society will continue to decline. Nations not only rise, nations have also fallen into decline and oblivion; think of the Roman Empire, the Greek, the Assyrian, the Persian, that of Genghis Khan, and so on.

But I am hopeful that a better prospect is ahead – if only we will turn to Truth, goodness, modesty, mercy, and indeed to genuine and sacrificial love for each other, for our nation, and for the still-globalising world in which we all now live.

Spiritual revolution, and whopper bants. Passing on a message about the who, what, how, and why of Jesus.

Beyoncé breaks record for most Grammy Award wins of all time, collecting her 32nd trophy at this year's ceremony https://bbc.in/3Yj5IPi

Damaging M7.8 EQ hit southern Turkey near the Syrian border ~4am local time. PAGER is red for this event; extensive damage is probable. Our hearts go out to those affected. See @Kandilli_info for local info. https://earthquake.usgs.gov/earthquakes/eventpage/us6000jllz/executive https://twitter.com/USGS_Quakes/status/1622407107416043520